The State Company Russian Highways («Avtodor») was established in 2009. The Company's objective is to develop a network of high-speed toll highways, attract off-budget investments, and to develop road service facilities.

Avtodor is in charge of the development of the Central Ring Road (TsKAD) in the Moscow Oblast.

The State Company employs the public-private partnership (PPP) mechanisms to implement all its major projects.

The Federation Council is the upper chamber of the Federal Assembly

The Ministry of Transport of the Russian Federation

The Ministry of Transport of the Russian Federation is a federal executive authority in the transport industry, which carries out functions on elaborating state policy and normative-lawful regulation in the sphere of civil aviation, the use of airspace, sea, internal water areas, rail, road, urban and industrial electric transport, road infrastructure, organization of safety navigational hydraulic structures, transport security, registration of aircraft and traffic management in terms of organizational and legal measures to manage traffic on the roads.

Rosavtodor's area of responsibility covers the functions of the public purchaser of federal grants, R&D and innovations programs and projects on the relevant activities, including the "Roads" sub-program of the "Development of Transport System of the Russian Federation (2010-2020)" federal grant program. 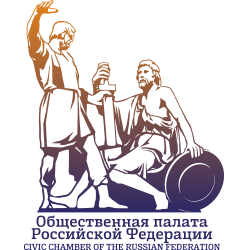 Civic Chamber of the Russian Federation

The Civic Chamber was established in 2005 under the Federal Law ‘On the Civic Chamber of the Russian Federation’. Its purpose is to help citizens interact with government officials and local authorities in order to take into account the needs and interests of citizens, to protect their rights and freedoms in the process of shaping and implementing state policies, and to exercise public control over the activities of executive authorities. The Civic Chamber promotes active cooperation with international community.

Our Committee addresses problems which without exaggeration exercise minds of all of us. Everyone wants to be sure that water he or she drinks is clean and pure, air is not polluted, foods contain no harmful components and there is no threat of harmful environmental contamination. All of us, our children and grandchildren and most succeeding generations are entitled to live in a safe, comfortable and well-balanced world.

The year 2017 was declared the Year of the Environment in Russia. This once again lays emphasis on environmental issues we face, i.e. preservation of the environment and minimization of damage caused thereto and finally to people by business operations. Extensive and passionate actions and joined efforts of the community and public authorities are required.

The region is located in the south-west part of the Northern Caucasus. Krasnodar Region occupies an area of 76,000 square kilometers and is the southernmost region of Russia. The basis of the industrial structure of the Krasnodar Region is made of the industrial, construction, fuel and energy complexes, the area of the information and communication technologies, as well as the agroindustrial, transport, resort-recreational and tourist complexes. The last three directions of activity (agroindustrial, transport, sanatorium-resort, and tourist complexes) correspond to the priorities of social and economic development of Russia and determine a special status of the Krasnodar Region in the country's economics. The transport complex provides implementation of the foreign policy and economic interests of Russia in the zone of the Black Sea and Mediterranean economic cooperation, making a significant input in the increase of "coherency" of the country's territory.

The unique for Russia natural and climatic conditions of the region, availability of the leading medical establishments and technologies, historical places of interest create a potential for development of a highly effective, competitive tourist and recreational complex of an international level, building a positive image of the country at the international arena and providing the growing needs of the population in the services connected with rest, treatment and tourism. Owing to a combination of favorable climatic conditions and availability of the therapeutic muds the Krasnodar Region is the most popular resort and a tourist region of Russia and, in fact, the only place in Russia being a balneological and a resort-recreational center.

Thus, the region has a powerful potential of a preceding development, determining the possibilities of growth of its input into implementation of tasks of the government of the Russian Federation.

International activity is one of strategic work areas of “Business Russia”. Its purpose is to create mechanisms to support and promote interests of the Russian business community abroad and foreign businesses in Russia. Among International Department key competence sare following:

For more than five years “Business Russia” actively contributes toshaping of both the internal and international business agenda:

In 2017 according to the decision of Russian Government “Business Russia” became a member of the Business council under the Organization of Black Sea Economic Cooperation (BSEC) which unites the leading business associations of the Black Sea area.

Implementation of the National Technology Initiative (NTI) is one of the key tasks set by the President of Russia Vladimir Putin on December 4, 2014, in his Address to the Federal Assembly. AutoNet is one of the 9 NTI markets responsible for unmanned road transportation based on the development of sensor systems, and software for recognition of road situations and transport management. It is an ecosystem that unites representatives of business, science, education, government, international partners and associations in the relevant segments of the market. It is aimed at development of a competitive industry in the field of transport telematics and logistics of people and things.

Agency works with existing enterprises and offers them ready-made technological solutions. Cooperation is aimed at eliminating technological and economic gaps that prevent many Russian enterprises from producing competitive products. The agency provides partners with services of search for modern technologies in Russia and abroad, collects investment projects, selects measures of necessary state support and accompanies them at the implementation stage. Agency works in cooperation with foreign countries - Japan, China, Korea, Italy, Germany and Israel. International partners of Agency are Japanese organizations NEDO and JETRO, South Korean organizations KOTRA and KIAT, Harbin Service Center of International Trade KOVO and others.

05/06/2018 | The Forum is supported by the Federation Council of the Federal Assembly of the Russian Federation.

05/07/2018 | The Chairman of the Board of The State Company Russian Highways has sent the Greeting Address to the participants, guests and organizers of the Forum.

05/08/2018 | President of the All Russia Public Organization "Delovaya Rossiya" Alexey Repik has addressed the attendees of the Forum with the greeting.

05/09/2018 | CEO of Agency for Strategic Initiatives to Promote New Projects Svetlana Chupsheva has sent a greeting address to the participants of the Forum.

05/10/2018 | We have received the Greeting Address to the organizers and participants of the Forum sent by the Director of Agency of Technological Development Maxim Shereykin.

05/10/2018 | The Forum is supported by the All Russia Public Organization "Delovaya Rossiya".

05/15/2018 | The Governor of the Krasnodar Region Veniamin Kondratiev has sent the Greeting Address to the participants, guests and organizers of the Forum.

05/18/2018 | Deputy Chairperson of the Council of the Federation of the Russian Federation Evgeny Bushmin has addressed the participants and organizers of the Forum with the Greeting letter.

05/24/2018 | The Head of the Federal Road Agency (Rosavtodor) Roman Starovoyt has sent the Greeting Address to the participants, guests and organizers of the Forum.

The Fund for Infrastructure and Educational Programs (FIEP)